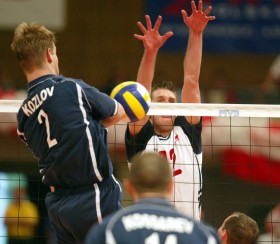 The last two seasons, Kozlov played in Yaroslavich. 31-year-old Russian volleyball player began his career in Belgorod Lokomotiv-Belogorie in 2000. Since 2008, Kozlov began performing in Ural and in 2010 moved to Yaroslavich.

CEV: CEV Board re-asserts role of European Volleyball on the international scene