RUS M: Tetyukhin will not play for Russia at EuroVolley!

Legendary player decided to (temporarily) withdraw from the national team once again. 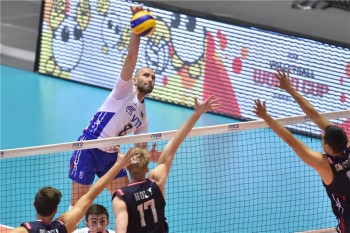 Sergey Tetyukhin will not play for Russia at EuroVolley 2015! Russian news agency ITAR-TASS reports that it was actually part of the agreement between Russian Volleyball Federation and legendary player.

“There was a deal with Sergey that he skips the tournaments which are not directly connected with the Olympic Games. Therefore, he played at the World Cup and he will play at the Olympic Games if we qualify for Rio” said Alexander Yaremenko, General Secretary of Russian Volleyball Federation.