CEV M: Russia and Poland to cross their ways right in prelims of final round

The Drawing of Lots for the final round of the 2012 CEV Junior Volleyball European Championship – Men scheduled for this coming August 24-September 2 was held this afternoon at “Mercure Grand” hotel in Warsaw thereby assigning the 12 participating teams to the two preliminary Pools taking place in Gdynia and Randers. The first and second ranked team of each group will play crossed semifinals while those ranked third and fourth at the end of the prelims will go for the classification matches 5-8. 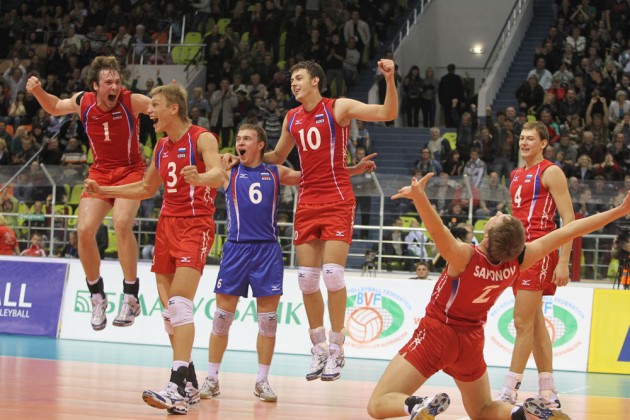 The composition of the two preliminary Pools reads as follows:

Teams were drawn as per their ranking in the previous edition and their performance in the three qualification rounds that were completed this past week thereby making up the starting field of the Championship.

The DOL was attended by CEV Vice President and Jury President Philip Berben and carried out by ESOC member Luis Fernando Muchaga, with the host countries being represented by Miroslaw Przedpelski, CEV Vice President and President of the Polish Volleyball Federation, and Mikael Trolle, Secretary General of the Danish Volleyball Federation. This Championship is seen as a sort of “test event” for the major Volleyball party that the same countries will be celebrating in September 2013 as the final round of the senior competition was also assigned to the “tandem” composed by Denmark and Poland.