The Olympic champion Marina Pakova, more famous by her maiden name Nikulina, died at the age of 52. 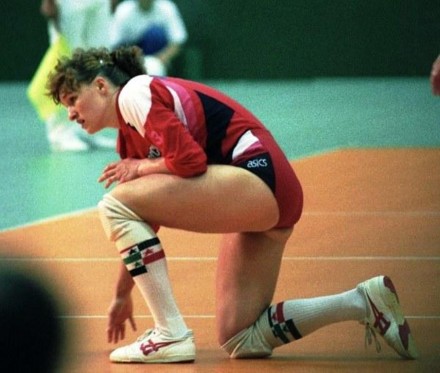 The 1988 Olympic champion and gold medalist at European (1991, 1993) and World Championship (1990) with Soviet Union and Russia, Honored Master of Russian Sports Marina Pankova (Nikulina), passed away.

During her distinguished career, she has also won silver Olympic medal (in Barcelona, 1992), three times raised above her head the trophy for the best team in the Champions League with Uralochka-NTMK Sverdlovskaya oblast (former European Champions Cup – 1987, 1989, 1990) and became the champion of the Soviet Union five times (1886-1989, 1991), with Uralochka as well.

Marina was a member of big Russian volleyball family. Her husband Vadim Pankov is honored coach of Russia, now at helm of the women’s club Zarechie Odintsovo.

Their children became famous players in the same position as their mother, as setters. Pavel Pankov is multiple world and European champion with youth and junior team of Russia, currently plays for Dinamo Moscow.

Ekaterina Kosyanenko (Pankova) is the captain of the women’s national team of Russia, becoming two-time European champion (2013, 2015). Just like her brother, she is also the member of Dinamo.