The title at the 2015 CEV European Championship in Belgium and The Netherlands didn’t save the year for Russia’s National Team. They previously ended fourth at the FIVB World Cup in Japan and didn’t qualify for the 2016 Rio Olympics. Now, Russia will dispute in January’s additional Qualifiers in Turkey with a possible reinforcement in the squad! 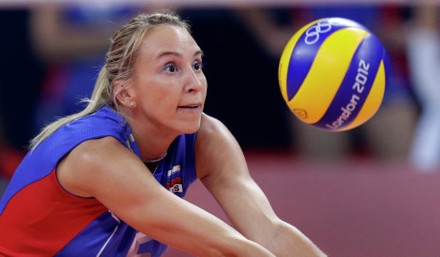 Yuriy Marichev, the head coach of Russia, admitted that he wants Lyubov Sokolova back in the national team despite her refusal to play for her country at the World Cup.

“We had conversation on this subject and I invited Lyuba to play. This is the case when the door is always open for a player. Almost everything will depend on her decision. I will accept and understand every choice that she makes,” Marichev showed flexibility for the case of outside hitter/receiver.

A 37-year-old Sokolova performed at the last five Olympics for Russia and was world champion in 2006 and 2010.

Besides cancelling to play for the national team at the World Cup, she did the same before the 2014 World Championship in Italy. Both times she claimed that a level of her physical preparation was low.

CL M: Match Paris vs. Dinamo will be held in December

She is a true legend, the most well rounded female volleyball player ever!

After this game, Sergey Tetyukhin can freely...