Russian volleyball players, along with other Olympic athletes, met with the President Vladimir Putin. 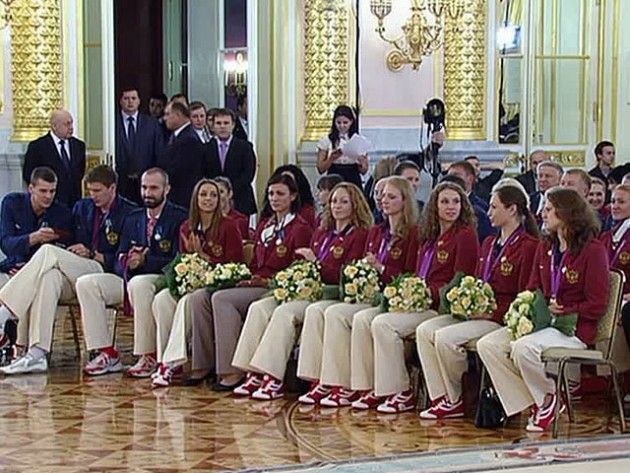 The Reception at the President’s residence

During the meeting the President thanked the athletes for the good results at the Olympic Games in London. He named the victories beautiful and important, including the one men’s volleyball team claimed (Gold medal) under the leadership of Vladimir Alekno. One of the leaders of the team – Sergei Tetyukhin was awarded the Medal of Honor, and the rest of the team – the Order of Friendship.