RUS W: Gamova – “I have offers from Europe and Asia, but…”

Ekaterina Gamova stated that she hasn’t made any decision about her future career yet. 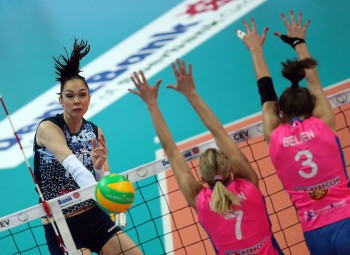 When it became clear that the Russian superstar would not extend her contract with Dinamo Kazan, plenty of rumors came out to the surface. Some people were trying to guess where Ekaterina Gamova will continue her volleyball journey, while some were even going that far that they suggested the famous player might finish her career.

Gamova obviously got bored by those rumors, so she decided to remove some of them with an official statement published on her Facebook account.

“I want to say that I haven’t decided anything yet. There were a lot of rumors that I would supposedly finish my career after the Olympics… Who said that? Who made that decision for me? I have a few offers from Russia and from European and Asian clubs. But, it is not really important. The main thing for me now is to be useful to my team and to my country and to defend the colors of the Russian flag,” wrote Gamova.