RUS M: Volkov – “You should ask Khabibullin why I left Gazprom-Yugra”

Alexander Volkov made a surprising volleyball transfer this January. He parted ways with Gazprom-Yugra and then signed with Dinamo Moscow where he will play until the end of the season. 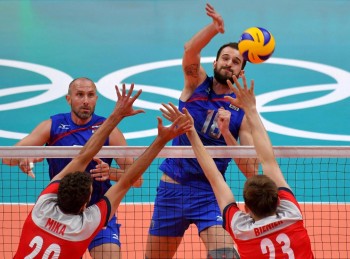 How did this happen? Volkov says that it is better to ask Gazprom-Yugra head coach Rafael Khabibullin for the right answer.

“My contract with Gazprom-Yugra did not last until the end of the season. It was only a part-time agreement. Why we parted ways? It is probably better to ask Rafael Khabibullin. Personally, I believe that the episode in Surgut was a positive experience in my volleyball career. In Gazprom-Yugra I was given a chance to try myself in a the role of outside-hitter,” said Volkov.

Recall that Volkov said that he will play as the middle blocker in Dinamo Moscow.