One of the best European opposite hitters in the Women’s volleyball in the last decade, Serbian Jovana Brakočević-Canzian, is a new member of the Russian Superliga runners-up, Dinamo Kazan! 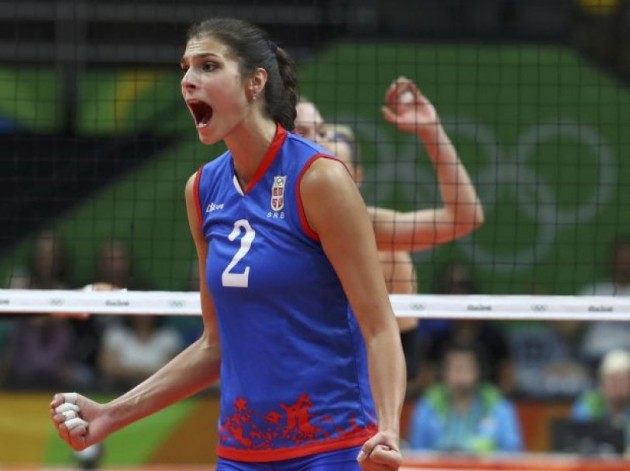 Dinamo Kazan fans got used to watching big names playing in the position of an opposite hitter. So, when Ekaterina Gamova retired in 2016, they had to wait for a whole year to see a player who will be able to replace her in the best possible way (last season, Darya Isaeva performed as an opposite but the club decided not to extend the contract with her).

“Last season was a season full of ups and downs but it was a good one. I’m back after giving birth and my shape is on the upswing. I wanted to join one of the best clubs in Europe and Dinamo Kazan certainly is one of them. I expect a good season, certainly not an easy one, but I hope we will be able to accompany the ambitions of the club. Great things are always expected from a team like Dinamo, this season won’t be an exception,“ Brakočević-Canzian stated for our website.

Is it going to be difficult to meet the standards that Gamova imposed while wearing the jersey of Dinamo?

“Each season is a challenge to itself regardless of which players competed with the club. It certainly won’t be easy to replace such a player but I will do my best. I wish her all the best in her coaching career,“ the Serbian opposite added.

Not many players would be able to return after a one-year break in such a big style like the 2011 CEV European Championship and 2013 FIVB Club World Championship MVP Brakočević-Canzian did this season.

Firstly, she took part in winning the silver medal with Serbia National Team at the 2016 Rio Olympics, acting as the backup opposite, which was normal since it was her first major tournament after finishing one-year maternity leave. And then, she had an amazing season with her club, the Italian Liu Jo Nordmeccanica Modena, becoming the best scorer of the team with 371 points, averaging 15.5 points per game throughout the entire season (including all competitions). In the 2017 CEV Champions League, she was the third-best scorer including all phases (208 points) and second-best including the main phase only (128 points)!

Joining Dinamo Kazan will be Brakočević-Canzian’s first adventure in the Russian Championship after she performed with many big clubs like Imoco Volley Conegliano, VakıfBank İstanbul or Azeryol Baku. In 2017/18, a 29-year-old opposite will have a chance to win the second national title and the 14th individual award in her rich career.

Recall that Brakočević-Canzian recently decided to make a temporary break from playing for the Serbian NT.

BRA M: Murilo’s B sample is positive! Is this the end of a great career?