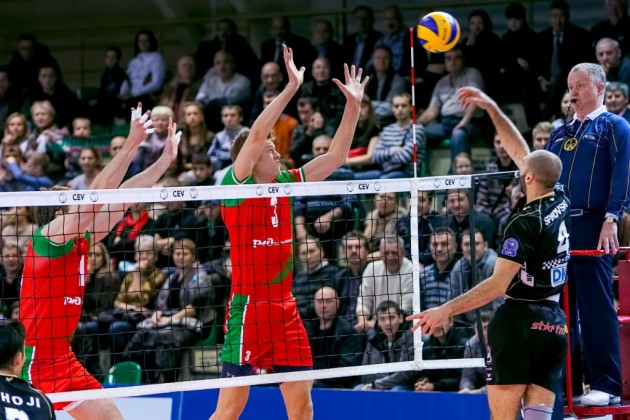 Even though BERLIN Recycling Volleys lined up a few experienced and strong players – such as Scott Touzinsky, Kawika Shoji, Felix Fischer and Tomas Kmet – still the home guys of Lokomotiv were very determined to prolong their winning streak. They asserted their supremacy in the first two sets even though the score was tight for most of the time there being anchored by Marcus Nilsson and Lukas Divis.

BERLIN eventually claimed the third set at the end of a very close fight with Robert Kromm and Aleksandar Spirovski standing out in offense before Lokomotiv cruised to the final 3:1 by winning the fourth set with the score of 25-22.

“I am satisfied with the result of this game; we have to take it match by match in order to progress in this competition” said head coach Andrey Voronkov.

ITA M: A cold shower for Simon from Lausanne