Zenit Kazan, the Russian Men’s volleyball titleholders, passed the most difficult test in the 2017/18 Superliga, so far, despite their rivals could not count on two players from the starting line-up in this match. 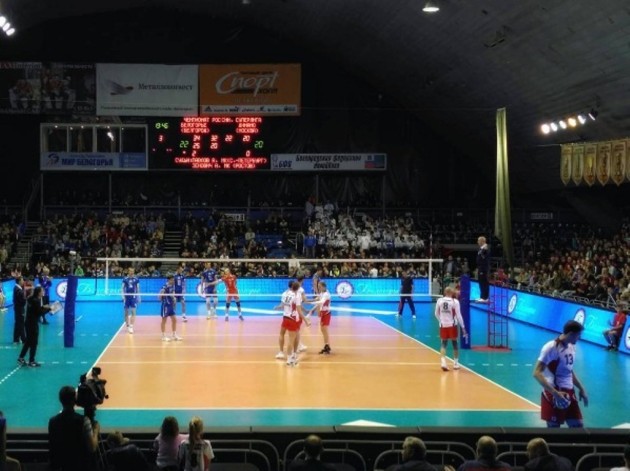 Zenit Kazan survived a tie-breaker against Fakel Novy Urengoy in a third consecutive national championship match at home, 3-2 (25-22, 17-25, 25-23, 20-25, 15-9). Fakel could not count on two players from the starting line-up in this match, the captain Igor Kolodinskiy and Vadim Likhosherstov. The Cuban Wilfredo Leon from Zenit Kazan scored game-high 24 points. Dmitriy Volkov made 22 for Fakel.

In a big derby, Belogorie had a surprisingly easy job against Dinamo Moscow, 3-0, to get themselves a fourth Superliga win in five matches. In a sold out „Kosmos“ gymnasium (around 5,000 spectators), Dmitriy Muserskiy led the winning side with 15 points. Aleksandr Markin scored 16 for the team from the Russian capital.

Zenit Sankt Peterburg suffered a second defeat. Bogdan Glivenko led Gazprom-Yugra Surgut to a 3-2 triumph over Superliga rookies with 21 points. The Cuban Oreol Camejo was the best scorer in St. Petersburg team with 28.

EUROVOLLEY 2017 W: Serbia aim for 2nd gold medal after running over Turkey in the semifinals

EUROVOLLEY 2017 W: Slöetjes – „We kept our calm in the 5th set, even though the crowd was going crazy“