Aleksandar Boričić – the next CEV President

The current president of the Serbian volleyball federation is the likely winner of the continental confederation elections in Sofia this weekend. 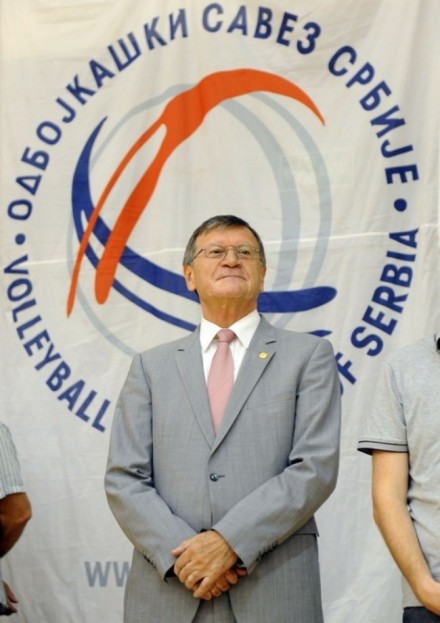 In the past several days the attention of the entire volleyball world has been focused on the ongoing 2015 CEV European Championship for men in Bulgaria and Italy, but alongside the distribution of this year’s continental medals, another major piece of news is eagerly expected to come from Sofia this weekend. On Saturday the elections for President of the European Volleyball Confederation (CEV) will be held and who will run European volleyball for the next four years will become known. While on recent occasions this kind of news was rather trivial, this time will be different, because in all likelihood a new name will emerge against the top position in the continental confederation.

The current Senior Vice President of the CEV, the 67-year-old Serbian Aleksandar Boričić will run for the presidential post against the incumbent Andre Meyer, the 71-year-old Luxembourger, who has been in charge since 2001. By all means, Boričić has a proven track record in successful sports management and for many, many years there has not been a more suitable candidate for the top job.  Everybody, who follows closely the sport of volleyball, knows it, and more importantly, those who are eligible to vote on Saturday, the 55 national member federations, know it perfectly well.  They are all familiar with the wonders the president of the Serbian federation has done for the development of volleyball in his country and are well aware that Boričić is the fresh blood that the CEV needs to avoid falling into stagnation.