Today, at the press conference in the Belgrade hotel "Crown Plaza", players and coaches from four teams finalists of the Serbian Cup, wished good play on Saturday, March 3 and a real spectacle for the volleyball fans. 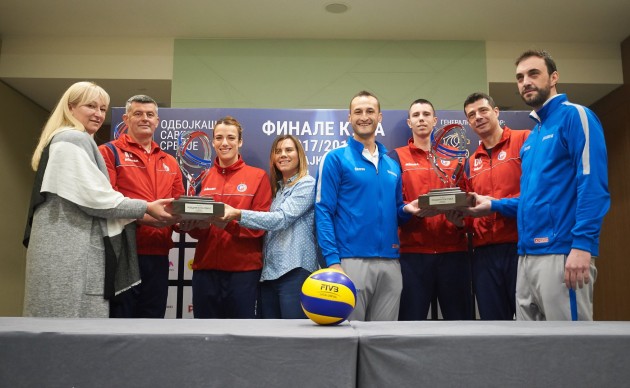 Final matches in both categories will play for the first time in one day and the same place. This year the organization belong to Zeleznicar Lajkovac who will play in the final of the women’s National Cup against Crvena zvezda.

“This season our team deserves to be in the top of the Serbian volleyball. We cannot miss the opportunity to win a Cup and we will do our best to reach the trophy. Only one game will be played so all the cards for this match are open. I expect a good ambiance and a great show,” said captain of Zvezda, Nikolina Lukić.

On the other hand, the leader of Lajkovac, Ivana Lazarević said:

“By entering the finals we have written the history of the club. We will do our best to win the Cup“.

The captain of Novi Pazar Marko Božović hopes to defend the trophy from the last season:

“I sincerely hope that we will defend the trophy, but it will be extremely difficult. If we look at the last three games which we played against Crvena zvezda, all matches ended after five sets so for sure it will be a good match and a great fight“.

Aleksandar Gmitrović, the captain of Crvena zvezda: “It will be a very difficult game but I’m glad that the young team of Zvezda is mature for trophies. Nobody has the role of favorite, and one thing is certain: it will be a real spectacle. I promise that this will be a volleyball holiday”. 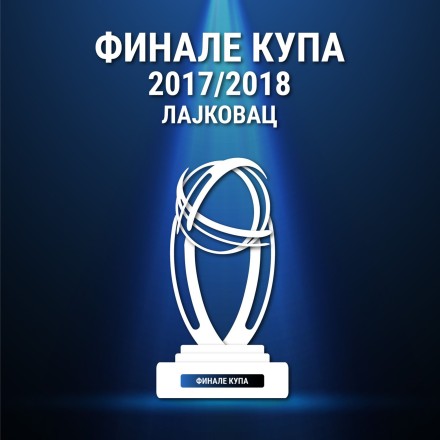 Svetlana Ilić, coach of Zeleznicar Lajkovac: “Everyone who follows volleyball in Lajkovac knows that this is a new project and it was not easy. We had ups and downs but this is normal. This club is writing its history and we are satisfied with what we did this season. We wanted to be at the top of women’s volleyball and so far we succeed. We are in the second place in the standings of the Superleague and now in the final of the Serbian Cup. My girls like to play at the home and I know that they will fight for each point. But if we know that Zvezda have 17 trophies in this competition, we can say that they are favorites”.

Aleksandar Vladisavljev, coach of Crvena zvezda: “This will be a volleyball holiday in Lajkovac. It is very difficult to give predictions in the match where there is a lot of pressure. We always have the highest ambitions, but it will not be easy because Zeleznicar is a very good team.  We are ready to make the heart on the court. “

Hamza Zatric, coach of Novi Pazar: “I hope we will be complete despite the injuries we have. In the finals, when one game is played, there are no favorites, so the nuances will decide on the winner.”

Dragan Kobiljski, coach of Crvena Zvezda: “As far as we are concerned, this is a young team. We had at the beginning and during the season a bit of trouble to fit everything. We are optimistic, but we are facing a difficult job. Novi Pazar will defense the trophies and they will do everything to keep it. They are a great team and what is more important, they play well when it’s the most important“.

SHARKS ARE GETTING SO HOT: Making of...