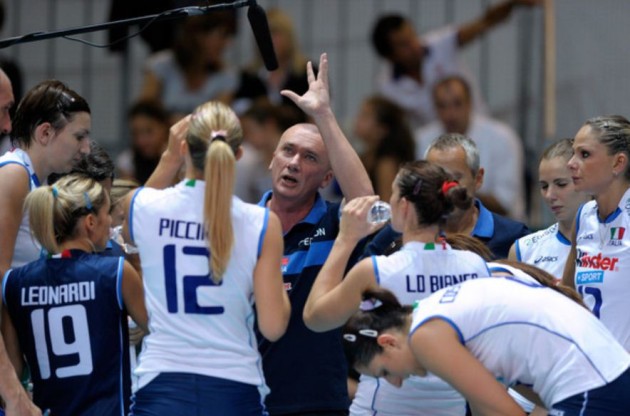 “I am very happy because I think it is important for a coach to work in a club, but it is also nice to have the chance to work during the summer with a national team. It ‘a unique experience, as the Turkish national team has to grow much, but can already play with top teams.“

“The coaches of my generation had the good fortune to work when the Italian league was on the highest level, and so we learned a lot and gained experience that is appreciated by foreign clubs. Coaching abroad is important economically, but also the level of the championships is growing.“

“I think the situation of coaching two teams is abnormal in Italian volleyball, even here in Turkey having two roles is a bit ‘strange, but there are no rules. I enjoy working with Galatasaray.“

“I think it’s disrespectful to talk about this small thing that has been given much echoe by journalists who are not usually involved in volleyball. It was a nice scoop, but I think Francesca Piccinini has brought up everyone and not just me. Everyone is free to say whatever they want, she probably was the only one who has twice rejected the call, and then I still called her. I am sorry because we only remember the bad things, but for my part I’m fine with a clear conscience: it is not easy to win an Olympic medal, I hope that those who come after me repeat the six gold medals which I won in other competitions.“

For more volleyball news from this country click on Turkey.