TUR W: After missing last final four Vakifbank wants to get the trophy back

Vakifbank ISTANBUL wants to get the trophy back, in 2011 they won CEV Volleyball Champions League. Read more about latest volleyball news, games reports, and statistics on WorldofVolley. 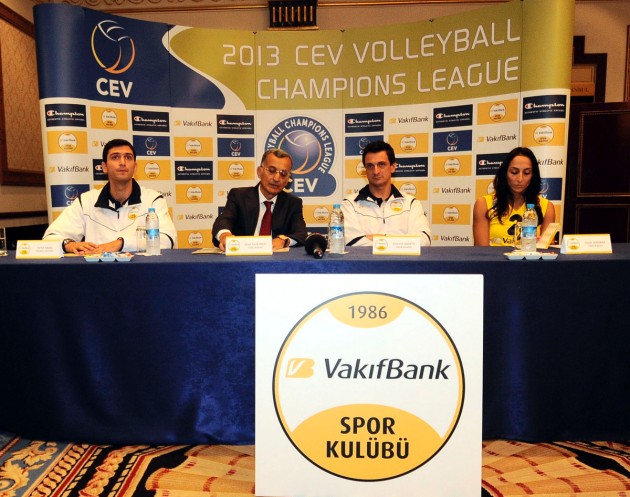 The ambition is to get the crown back this year after failing to make it to the final four in the past season. In order to achieve this goal, the club has signed some real international stars such as Jovana Brakocevic of Serbia, MVP of the last European Championship, Japan’s Olympic bronze medalist Saori Kimura and Naz Aydemir, the setter of Turkey’s national team.

“Last year we missed on a spot for the final four but after re-shaping our group we want to get the title back” says club president Ömer Faruk Ergin. “We really have brought together a very strong team and they are working hard to improve their chemistry. What we expect is that we perform as solid as we did two years ago. I wish the best of luck to the players as well as to our coaching staff”.

Vakifbank was assigned by the DOL to a preliminary group that includes their first opponents this coming October 23, i.e. Volero ZURICH of Switzerland, plus Uralochka-NTMK EKATERINBURG of Russia and last year’s silver medalists RC CANNES of France.
“The prelims will be a good test for us as we are going to play three tough teams” says Italian-born head coach Giovanni Guidetti. “Via these matches we will be able to realize where we stand and understand more about our potential. I see a couple of teams from Italy and Azerbaijan, one from Russia and all of Turkey’s teams as real contenders for the final win. Even though sometimes I have problems to pick out the starting six I am very satisfied with the group we have assembled this year. Last year we missed the final four but if we work on small details as we intend to do, we shall be capable of bringing the trophy home once more”.

Team captain Gözde Sonsirma Kirdar added: “I agree with Giovanni. The matches scheduled for the prelims will clarify where we stand; all teams assigned to our Pool are tough but we are strong too. We have added some world-class players to the group and we will improve step by step. Volero will a good way to start our campaign and our goal is to finish first in the group”.

To read the latest news from Turkey click here.