As the NCAA Division I Women's Volleyball Tournament 2013 is about to kick off in Thursday, volleyball fans in the United States are showing their passion towards this beautiful sport we all love. 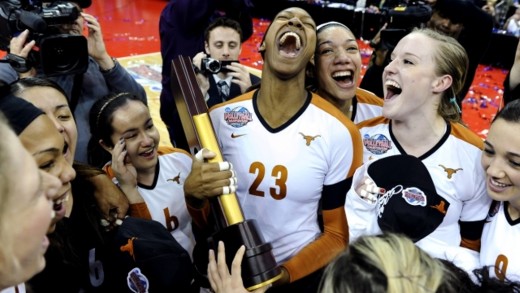 There are no more tickets available for the regional championship in Licoln, Nebraska. Further more, Illinois, California and Kentucky are about to run out of tickets as well, so hurry up and book your place at this year’s regionals before it’s to late.

The champions of the NCAA’s 32 conferences qualify automatically. Twenty-two conferences hold tournaments, while the other ten award their automatic bid on the basis of being the league’s regular-season champion. Those that do not hold tournaments are the Atlantic Coast, American Athletic, Big 12, Big West, Big Ten, Ivy League, Mountain West, Pac-12, Southeastern West Coast Conferences. The other 32 bids are apportioned on an at-large basis. Only the top 16 teams overall are seeded.

The first two rounds were held on campus sites (the home court of the seeded team). Regional semifinals and finals were held at pre-determined sites. In 2013, those sites were hosted by Nebraska, Illinois, USC, and Kentucky, all of whom made the tournament and hosted in the first two rounds. Unlike the NCAA basketball tournament, where teams cannot be placed into regionals that they host, the selectors in the volleyball tournament were required to place qualifying teams in their ‘home’ regionals, in order to reduce travel costs.

RUS M: Spiridonov about Brazilian coach and his main “crew”…