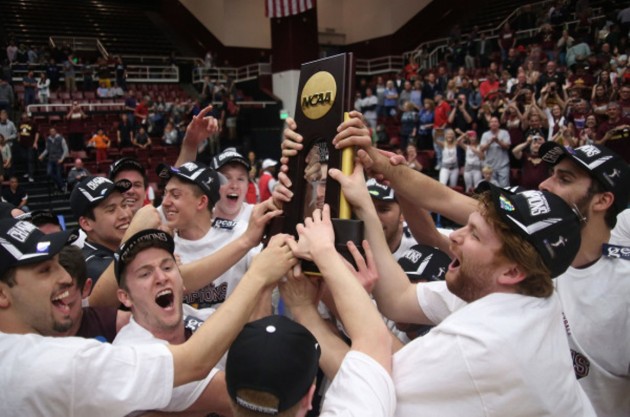 This marathon clash was played between two schools from Chicago area at Stanford’s „Maples Pavilion“ in California and it was the first title game without West Coast teams in tournament history.

Player of the year, Thomas Jaeschke from Loyola, had 23 points while Jeff Jendryk added 19. Greg Petty had 23 points for Lewis. Geoff Powell added 22.

It was Loyola’s second consecutive title, but also second in total out of three appearance in NCAA volleyball tournament. It participated for the first time in 2013.

Take a look at the last point in the third set and the championship point!

USA M: These stars will play in...