WoV BLOG: Professional volleyball league in USA (1975-1979) – Wilt Chamberlain and his role in it

Have you ever wondered why Americans don't have a professional volleyball league? We will give you a few answers and one of them is that there isn't enough sponsorship money in it. 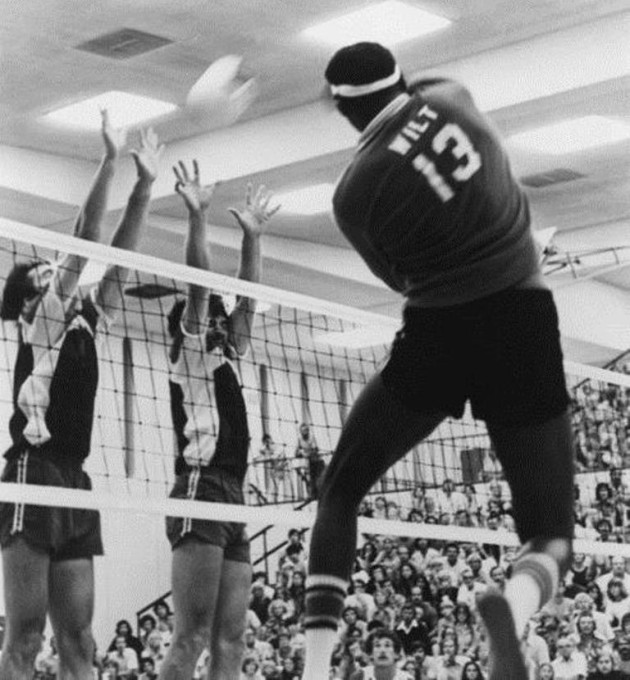 The truth is that the USA had its professional volleyball league. Back in 1975, the International Volleyball Association (IVA), which was the country’s co-ed professional league, was founded. This competition was short-lived – it lasted until 1979.

Volleyball life of Wilt Chamberlain and his role in the league

How many of you know that Wilt Chamberlain was a volleyball player? Probably, most of you don’t know this fact. After his glorious basketball career in NBA (two-time champions, four-time MVP), Wilt became a member of the IVA board. But, it was not his only role. He loved volleyball so much that he decided to participate in a professional league, with a goal to attract more fans and sponsors.

He was a front line player of Seattle Smashers. The IVA’s All-Star game was organized and broadcasted, and guess who won the MVP award – the legendary Wilt Chamberlain.

He gave a huge contribution to volleyball and earned a spot in the Volleyball Hall of Fame.

This is one of the rare videos of Wilt Chamberlain in volleyball action:

Like other sports leagues in the USA, volleyball league had two geographic divisions. It’s interesting that there were no separate men’s and women’s leagues – male and female players competed together mixed inside the same teams.

In 1976, there were two divisions. San Diego took revenge on Los Angeles, beating them by 3-1 in playoff final series.

Orange County Stars were the successors of the Los Angeles Stars and they managed to win the championship in 1977, beating El Paso Juarez in the playoff finals. After five matches, the result was 3-2.

Santa Barbara were the champions in 1978, while Tucson Sky dethroned them in 1979 after beating Santa Barbara in the final series with 3-2. This means that Tucson are the last champions of the USA speaking of a professional volleyball league.

Here are all  the teams that participated in the U.S. professional league in the period from 1975 to 1979, according to Wikipedia:

So, is there any chance of organizing a professional volleyball league in the USA in the 21st century? There is, but many sponsors don’t see volleyball as a commercially marketable sport. So, some solutions to make volleyball much more interesting for the sponsors in the United States need to be found…

There are more blogs in the WoV Blog section.

Actually, the IVA lasted halfway through the ’80 season before ceasing operations and ending with a well-attended ‘Farewell All-Star Match’ in Denver with the Comets playing a group of players from other teams in the league (since they were hosting the all-star game that year and had already sold many tickets.

PHOTO OF THE DAY: Rewaaaaaard!