Volleyball teams utilize players with varying body types and unique skill sets to fill specific roles and positions on the court, but every volleyball player should possess skills such as speed, quickness, core strength, lower-body strength and upper-body strength. 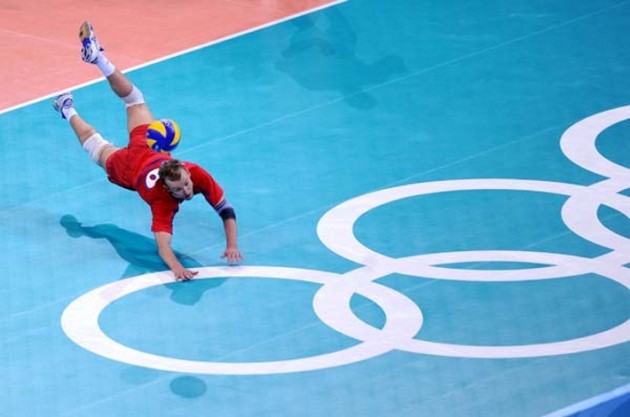 Core strength – strength in the abdominal muscles, obliques and hips – is crucial for all volleyball players because it provides stability for all the twisting, turning and stretching movements of the game. While core strength forms a foundation for volleyball muscle movements, the shoulders act as the body’s keystone when executing skills such as blocking, hitting or serving. Volleyball players must generate power and torque in both the core and shoulders and focus on developing strength in both areas through compound movements – exercises such as front or side planks or Russian twists for the core, alternating dumbbell presses or hang cleans for the shoulders, or medicine ball throws to work both areas – instead of isolation exercises.

The best volleyball players don’t just make plays at the net; they finish plays by rising high above the net. Explosive power in the lower-body muscles – the hamstrings, quadriceps and calves – allows a player to play above the net, dominating opposing defenses with her hitting, smother opposing offenses with her blocking or assisting teammates by receiving even the toughest passes high in the air. Traditional strength training exercises such as squats and lunges build lower-body strength, but plyometric exercises such as box jumps, stadium stair jumps, squat or lunge jumps and standing broad jumps supplement strength training through exercises that translate into in-game movements.

On a regulation volleyball court measuring 59 feet by 29 feet 6 inches and with a standard six-player team, a player must cover about 145 square feet on average – an area approximately 12 feet by 12 feet. While a volleyball player might not need the same style of speed as a football or soccer player, he does need to be able to cover that ground quickly in a short amount of steps, allowing him to track down a dig or close in on a block or spike. This short-burst speed requires volleyball players to build strong hips and an explosive first step by regularly running a series of short sprints spanning 10 to 25 yards, or through lower-body lifts such as squats and lunges.

The power and pace of volleyball often require a player to move laterally just as quickly as she would moving forward and backward. When a blocker deflects a spike, a pass flies off target or an opponent strikes a sizzling serve, a volleyball player must react and change direction in a split second. Players can refine these short, agile movements by performing basic plyometric or weight-training exercises through a horizontal plane, utilizing exercises such as lateral squats, lateral step-ups or lateral hops.

BRA W: Amil Campinas wins the intro of the 15th round