13 plyometric drills to take your volleyball game to new heights

Have you ever heard an athlete say, ‘Man, I jump too high for this game,’ or ‘I wish my vert was a few inches shorter’? Yeah, me neither. It doesn’t happen, especially in volleyball—a sport where wins are determined by a team’s aerial power. You can read all relevant news from volleyball world on Worldofvolley.com. 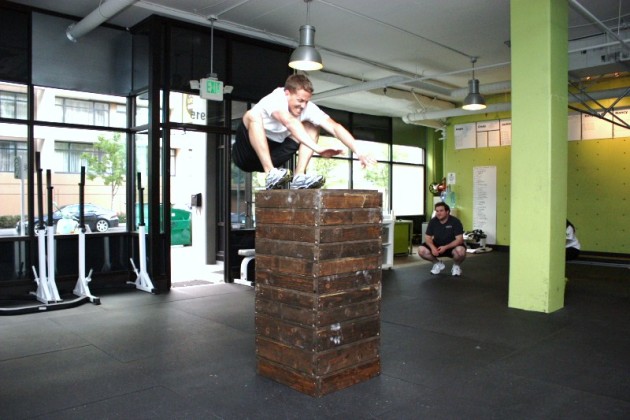 Harrison provides 13 sample plyo drills to help you maximize your leap. Each drill develops a different aspect of your jumping ability. For optimal results, perform jump training only one or two days a week in the off-season. More than twice a week can lead to injury from overtraining.

Jump training rookies should begin with just 20-30 jumps in a single training session. Once your body adjusts to the training and you reach a point where your legs aren’t sore after a workout, add more jumps per session. Advanced training might include up to three drills and 100-150 jumps.

When you perform jump training two times a week, reduce the number of jumps in each session to avoid overtraining.

“Your landing is always a key point in jump training. Not only do you need to land balanced, but you have to cushion the impact.”

“Be consistent with your training. Getting in a couple of days a week year round will go a long way toward making you a better athlete. A lot of athletes get to their junior or senior year and realize they should be—and should’ve been—training harder. At that point in your career, it’s hard to catch up.”

• Start with both feet together

• Jump on top of box or other secure/elevated platform

• Step down from elevation to starting position

Coaching Point: Set the elevation height of the box or platform so that completing the prescribed number of jumps is challenging.

• Same as Box Jumps but off one leg

Harrison’s take: “We like box jumps because you land higher than where you take off, so there isn’t a lot of impact. Reduced impact allows for more jumps per session with less recovery time.”

“With box jumps, we have each athlete jump as high as she can—regardless of her height, jumping ability or the height of the box. Jump like you’re jumping over something, and then land softly.”

• Find a series of stairs with about 50 steps

• Hop two-footed up all stairs

Coaching Point: When you’re hopping with both feet, hop two steps the whole way, or one step the whole way. Don’t mix it up in a single pass.

• Hop off one foot

Harrison’s take: “This drill mixes it up a little bit, because you’re dealing with locomotion instead of jumping in place or onto a box. You’re actually traveling, so you need to maintain balance, land well and be in a specific place when you jump and land. The movements involve a kinesthetic awareness and proprioception.”

• Start in standard lunge position with hands on hips

• Jump as high as possible and scissor legs

• Land with legs in opposite position: front leg switched to back

• Same as Lunge/Scissor Jumps, with hands placed on head

Harrison’s take: “There’s a teaching process to this drill. Start with your hands on your hips and try to get as much as you can out of your lower body. Focus on getting deep—but not too deep—in the lunge, and getting as high as you can during the jump. As you get more comfortable, progress to placing your hands on your head and then using your arms to propel yourself upward during the jump.”

• Stand in gymnasium or long hallway

• Broad jump off both feet

• Cover as much distance as possible with each jump

• Same as Broad Jumps, but land on one foot

• Same as Broad Jumps, but jump off and land on one foot

Coaching Point: Initially, focus on a good broad jump, proper landing and then reloading for another jump. Once you master the jump and landing, eliminate the reload and jump immediately after you land: hit and go. Once you are at that point, cut down the number of jumps.

Harrison’s take: “The single-leg landing adds an eccentric component to the drill. You should be thinking about how well you’re landing and whether you’re balanced and controlled.”

STACK Says: Eccentric means that a muscle flexes and lengthens simultaneously. An example of eccentric movement is a jump landing. Your hips dip to cushion the landing, which causes your hamstrings and glutes to lengthen and flex so you don’t crumble to the ground.

• Choose target on wall or backboard

• Repeat set up to 2 more times

Coaching Point: Mark your jump by putting chalk on your hand and touching the wall at the top of your jump. This provides a new target for each jump.

Harrison’s take: “Because you’re not jumping onto or off something, this is a more natural kind of jump. You’re just jumping straight up and doing the best you can. Showing a girl where her vertical used to be, and then giving her a new target helps her jump to new heights.”

• Same as Volleyball Jumps, but perform combination of jumps in series

Harrison’s take: “These jumps are most applicable to the game. You’re won’t be successful at volleyball if you don’t practice your volleyball jumps at least once a week. Your max vertical jump can go up two inches, but if you jump at the wrong time, in the wrong place or the wrong way, it doesn’t do you any good—you’re two inches higher in the wrong place.”

Check out our Stretching section. Every Sunday a new story. Tomorrow read about When to stretch – Experts recommend static stretching after exercise.