RC CANNES lost against Rabita BAKU with the score of 1:3 in the CEV Volleyball Champions League - Women. Madelaynne Montano was the best player of the game. For more latest volleyball news visit worldofvolley.com 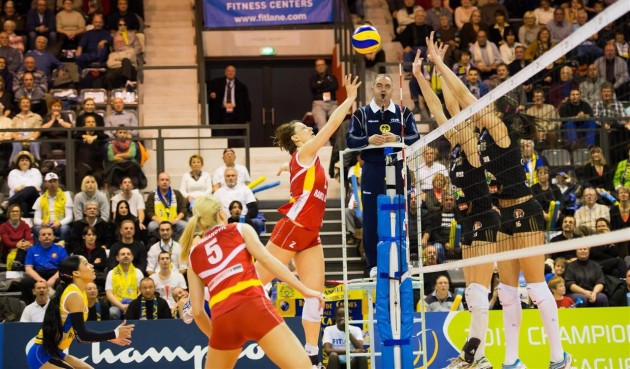 The hosts did not look in their best shape and they made many mistakes thereby easing up the task for their star-studded opponent from Azerbaijan. The first set – that ended at 25-17 for Rabita – stands as a kind of reference that sums up the plot of the match. The only exception to that rule was the second set where RC CANNES started out very aggressively and eventually pocketed a terrific 25-15 to go for the provisional 1:1.

However, after a good start also in set 3, the hosts were once again making a way too many mistakes – especially in reception – and Rabita had it easy to go for the 1:2 (19-25). After another close opening, set 4 was somehow marked by a series of poor serves by RC CANNES and even though the hosts attempted a late comeback, they could not prevent Rabita from scoring another 19-25 that sealed that 1:3 home defeat.

Colombian spiker Madelaynne Montano was the best player of the game as she registered 26 points for the likes of Rabita.