Zenit KAZAN and Lube Banca Marche MACERATA could cruise to a couple of speedy wins in straight sets to literally rout their compatriots of Dinamo MOSCOW and Bre Banca Lannutti CUNEO. You can read all relevant news from volleyball world on Worldofvolley.com. 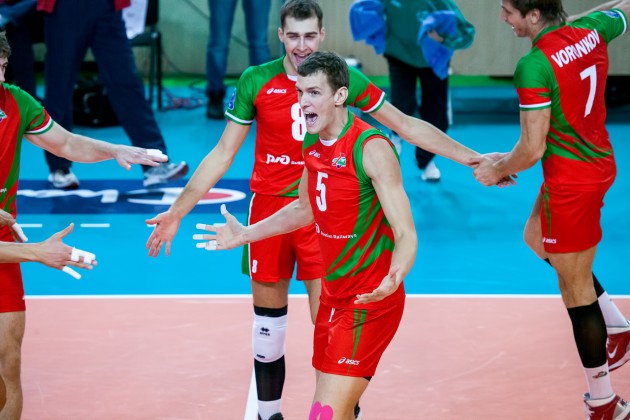 As the countdown for the final four taking place in Omsk next March 16-17 got started, the hosts of Lokomotiv NOVOSIBIRSK will certainly play there – as per the regulations in force – the eventual winner of the Russian derby starring Zenit and Dinamo; the second semifinal will quite evidently be joined by an Italian side that will be trying to prolong the supremacy of this country in the competition and by the winner of the double clash opposing Zaksa KEDZIERZYN-KOZLE to Arkas Izmir. This past Tuesday Zaksa could have the upper hand after a dramatic tie-break but the ambiance is set to be “hot” for the return game in Turkey as Arkas will be trying there to make it to the final four for the second consecutive season after finishing fourth last year in Lodz.

CEV CL F: “Azzeri” are hoping for place in semis