The three most successful countries in the FIVB Volleyball World League - Italy, Russia and Brazil - are the stand out teams in the 2013 edition having won all four of their opening matches. Read more volleyball news on worldofvolley.com. 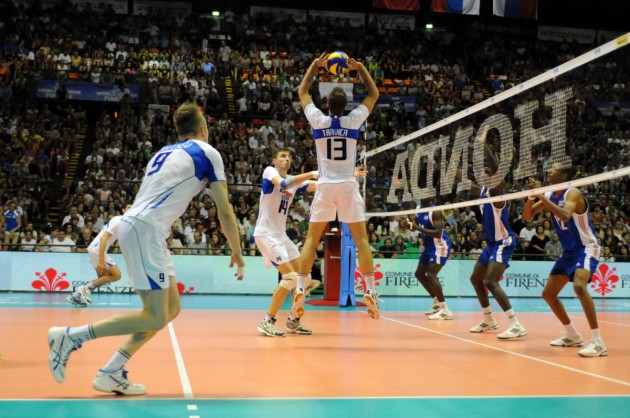 Italy went to the top of Pool B ahead of Olympic champions Russia on set ratio difference after beating Cuba 3-0 (25-23, 25-18, 25-19) in Florence on Sunday. The victory was Italy’s fourth from as many matches having also beaten Cuba on Friday and Germany twice the week earlier. The first win over Cuba saw Italy win their first three World League matches for the fourth successive year. It was also the first time in all of Cuba’s 23 participations in the World League that last year’s bronze medallist failed to win more than two sets in total in their first three matches.

Sunday’s other match saw Japan end a 22-match losing streak, which started in 2008, by winning two matches in a row against Finland. Japan’s opening 3-1 win over Finland on Saturday saw them concede 79 points, a record low for them in a four or five-set match in the current scoring format (since 1999).

Meanwhile, Russia continued their excellent start to the 2013 World League with two impressive victories over Serbia in Kaliningrad over the weekend. It’s the third time in the last four years that the world No. 2 has started the World League with four straight victories. They started 8-0 in 2010 and 9-0 in 2011 and Russia has now won 17 consecutive World League matches as the home team since the start of 2011.

Other significant highlights of the weekend saw world No. 1 Brazil beat Argentina twice – both in straight sets – in Mendoza. It represented the 11th and 12th straight-sets-World-League victories against Argentina for Brazil. Only against Portugal (13) do they have more.