An attack by Gavin Schmitt 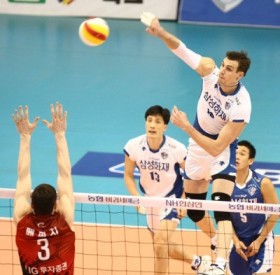 An attack by Gavin Schmitt

KOREA (gt) – The opposite of Canadian Daejeon Samsung Bluefangs, Gavin Schmitt, has touched the world record for points scored in a game of volleyball to senior level (at least according to official statistics of the major championships and international events, and referring to ‘Vintage Rally Point Systeam).

Italy: Modena: Bagnoli about Kooy “It was better to sell him” … Esko hardly?