After having prepared in Poland for one week the young girls of Austria’s junior national team finally made their way to the CEV Junior Volleyball European Championship qualifier in Bardejov. The Austrian girls will face Azerbaijan in their opening match on Wednesday night which will be followed by games against Bulgaria, the Netherlands, Switzerland and Slovakia. 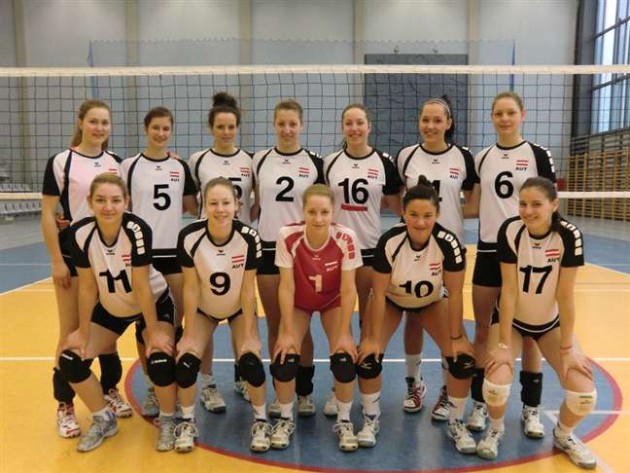 Two years ago Austria’s juniors had spent most of their preparation time in Poland, playing some good matches and finishing the 2010 CEV Junior Volleyball European Championship qualifier in fourth place.

No reason to change anything then. So this year the Austrian girls did the same and again used the perfect conditions offered by the city of Wegierska Gorka near Bielsko Biala to get ready for their campaign. During the seven-day long stay in Poland, Austria played four test matches against local teams and remained undefeated.

Head coach Qing Li was very pleased with the performances of her team. “We tested our likes against teams with different levels of play, so I was able to use all players and see how they were doing. I’m happy that our system worked pretty well right from the beginning despite the fact that we had to integrate some new players. We didn’t have to work on big things so we could focus on the details”.

Asked about her expectations for the qualifier in Bardejov, Li isn’t quite sure what to say. “Until now we just know the team of Slovakia. We played them twice in the MEVZA Junior Championships in December (3:0 win, 2:3 loss). I guess we are pretty much the same level and that’s why they picked our team out for their last match on Sunday. For the other teams we’ll have to watch their first matches very carefully and study their way of playing. I don’t want to raise any expectations but I’m convinced that my team is in a good shape and can score some wins”.