CEV W: Latvian ladies back in action after long absence from international arena

Latvia women’s national team is basically ready to embark on the first major international campaign of the last 6 years as the group is joining the CEV Volleyball European Championship for the first time since the 2006/2007 edition. A much awaited adventure that will be starting this Saturday, May 12, at the “Olympic center” in Latvia’s capital city, Riga, where the local heroines will play their home match with Cyprus for the first qualification round of the Championship. 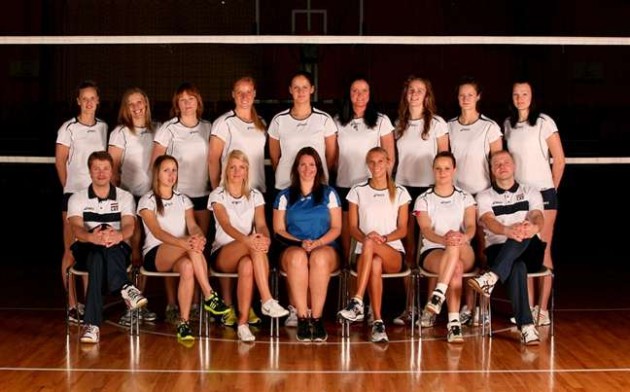 “This is a kind of return to the international scene and we do hope that we can deliver a good performance after such a long absence” says head coach Janis Leitis, whose assistant and brother, Agris, is also a member of Latvia men’s national team. Janis Leitis will be debuting this Saturday as head coach of the national team while Agris is just making his first steps for a possible future career once he retires from competitive Volleyball.

Janis Leitis is also the mentor of the Volleyball club Jelgava/LU that ended in second place its campaign in this year’s Baltic league after topping the charts of the previous edition.
As for Agris, this year he participated with his team, Biolars, in the so-called “SCHENKER League”, the most prestigious men’s club competition in this area, whose starting field included 6 teams from Estonia and 4 from Latvia, being voted “best setter” at the end of the season that was just completed.

The roster of the national team was very much rejuvenated with the addition of many players coming directly from the junior division, but it still includes 43-year old setter Sana Catlaksa (formerly known as Rozlapa) who finished 9th at the 1993 European Championship and was part of the group also in 1997 as Latvia completed its European campaign with a prestigious and memorable 8th place. Catlaksa is currently participating in many different competitions in Latvia but she eventually accepted the invitation to re-join the national team. Her presence has turned into a real plus and special motivation for the young girls who are still lacking experience on the international arena.

Middle blocker Liva Brivule is also happy to be part of the group: “It is great that the national team was re-established and I hope that step by step we can improve the quality of our play and go for good results. The roster comprises some young girls who will be playing their first international matches and some veterans from the previous generation, but finally we all got together here to play under the Latvian flag”.