written by WoV May 9, 2012 source: volleycountry.com

Today some news about Jastrzebski Wegiel. First of all, Michal Lasko prolonged his contract in PlusLiga. 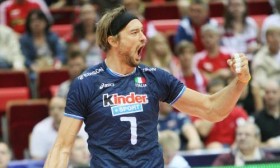 Michal Lasko came to Jastrzebie in the last season and he was the best player of his team. Fans of Jastrzebie were hoping to keep him, but it was not certain for a long time, especially, when Jastrzebie didn’t achieve a good result (4th place). Now it is all clear. Lasko signed a new contract, this time for two years.

Therefore, Zbigniew Bartman decided to step away. The reason of his call is quite simple – Bartman wants to stabilize his position. By now, he was playing as a opposite in the national team, but he was receiver during the club season. Now he decided to become a full-time opposite and it would be impossible for him to play in the first squad, when Michal Lasko is near by. For now we don’t know, what will be Bartman’s new club.

Furthermore, Pawel Rusek leaves Jastrzebski Wegiel. It is quite big news, because he has been playing in this team since 2004. He became a huge part and almost a symbol of this club, especially when the rest of squad was changing every season. Now he moves on and Jastrzebie is forced to seek for his replacement.

CEV W: Latvian ladies back in action after long absence from international arena

Have you ever seen volleyball from this...