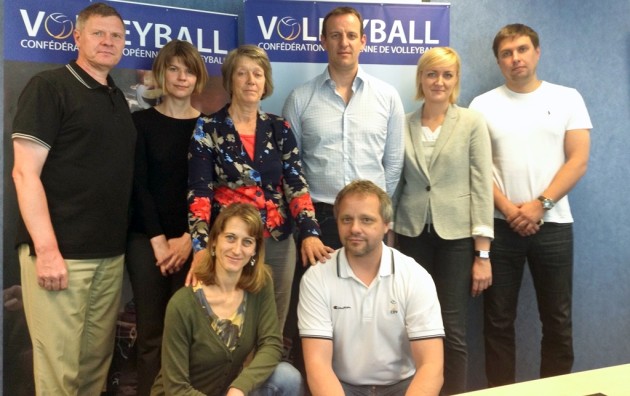 “The Drawing of Lots was prepared according to the provisions of the official regulations and the grids were determined by a combination of seeding and drawing. We have about 130 clubs that will be participating in the next edition of these Cups, a figure which is extremely encouraging especially by taking into consideration the effects of the international financial crisis. We have basically prepared the schedule for the complete 2013 season as we have drawn all rounds by determining the status, home or away, of the teams that will advance to the next stages of the competition” said Mrs. Ooms.

“I was very pleased to attend the Drawing of Lots and I can only say that this requires a lot of work” added Mr. Fell, who is also chairing the regional Volleyball Federation in Nordrhein-Westfalen and is a former Vice President of the German Volleyball Federation (DVV). “I am pretty happy with the outcome of the DOL as our team will travel to Israel to play there their national champions of Hapoel KFAR-SABA. The city of Münster has got very strong ties with Israel and I assume our local authorities will be also happy to host the Israeli team in our city” he said.

The 2013 European Cups season is set to unfold in October and will celebrate its climax in late February, early March with the finals whereby four trophies will be assigned. As for the most elitist among all European Cups, i.e. the CEV Volleyball Champions League, the DOL will take place this coming June 29 in Vienna in combination with the traditional European Volleyball Gala.