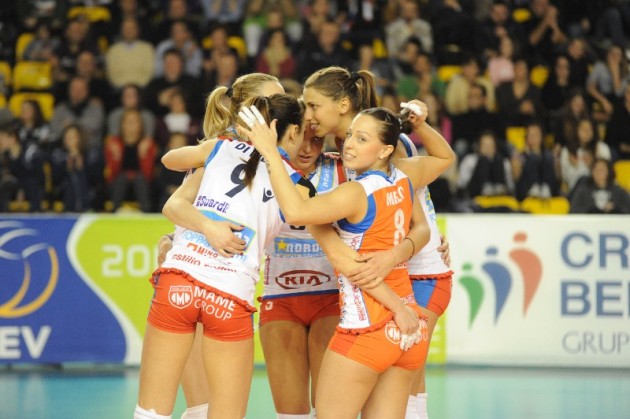 The hosts started really well with Elitsa Vasileva and the solid defense and good attacks delivered by Chiara Di Iulio and Annamaria Quaranta set the pace of the game for a speedy 25-11. The guests from Romania played with much determination in set 2 and hence that section of the game turned into a close race but BERGAMO eventually had the upper hand, before finishing it off in straight sets.

Valentina Arrighetti was voted MVP of the game as she scored 11 points, including 5 blocks, with 86% of efficiency in attack.

“I would like to congratulate my players as we took this match very easily and with this result we are on a good way to advance to the next round of the competition” says home coach Davide Mazzanti.

After the break due to the Christmas holidays, Volley BERGAMO will play host to Azerrail BAKU next January 12, 2012.

Belgium: Young players under the spotlight in Maaseik