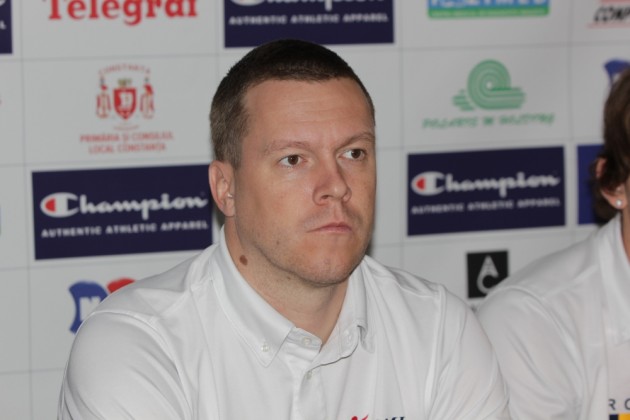 Radovan Gacic, the coach of Tomis, agreed with his best player: “Nobody expected us to score even a point in this difficult group. We have already scored 4 and still have chances to qualify for the CEV Cup, which would be a real success. Today we received a very good lesson in the last set, but the first and second looked really good. We made too many mistakes in the second and it proved to be costly”.

Michal Winiarski was the best scorer of PGE Skra with 15 points, while Konstantin Cupkovic added 13. “We did not expect such a crowd on this match. We were the strong favorite and led in the group, but people wanted to watch us. We showed them and our opponents respect, playing all the time 100 per cent” stated Winiarski.

“I have not even dreamt about qualifying from this group after 5 matches! Today we played really good, close to perfection in the last set. Dante Boninfante did a good job, when he came as a substitute in the last set. I am proud of my boys” said PGE Skra coach Jacek Nawrocki.