Zenit KAZAN – although missing some of its best players – was simply too much to stand for the hosts of Knack ROESELARE in the last round of the prelims and the guys from Tatarstan scored a 3:0 away win. This and other volleyball news read on Worldofvolley.com. 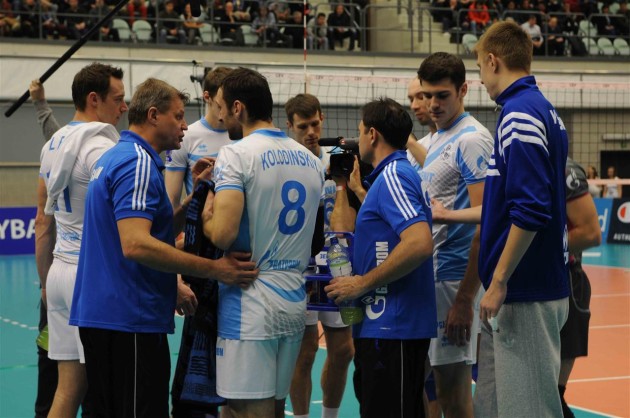 This result eventually shattered the dreams of the local heroes to make it to the Playoffs 12 of Europe’s most elitist competition.
Knack ROESELARE pushed hard right from the start of the match but Zenit KAZAN showed no mercy and quickly pocketed a very reassuring margin (13:20) that paved the way for the final 17-25 in the first set.

The American duo composed by Matthew Anderson and David Lee stood out from the serving line and pocketed a 4:8 lead in the second set. Knack tried to respond with the attacks killed by Hendrik Tuerlinckx and two blocks by teenager Tomas Rousseaux but the difference that separates these sides was simply ocular. Zenit was not to stop (12:20) and the set was finished by a block of Anderson who stopped Tuerlinckx (14-25).

Knack caught a good start in set 3 (5:2, 12:10) and could keep the leading position also later on (19:16) but although they were supported very loudly by their many fans, the home guys could not stop the march of the Russian express that cashed the final 0:3 after silvering its fourth match ball.

Evgeny Sivozhelez top scored for Zenit with 17 points while David Lee and Matthew Anderson also finished in double digits with 12 and 11; Tuerlinckx paced ROESELARE with 11.

“Russian teams do not have any second lines as they have too many good players” commented Knack mentor Emile Rousseaux after the match. “It is a pity we did not seize the last set but we made too many errors especially with our service and by the end of the set. On the other hand, we have joined this competition by receiving a wild-card so I want to congratulate my players for having finished second in their group. We will continue our adventure in the CEV Cup and this is what really matters”.