BRA M: Brazil U19 team prepares for the WC with a funny song (VIDEO)

Brazilian national team is preparing for the Under19 World Championship 2013 in Mexico with a song. 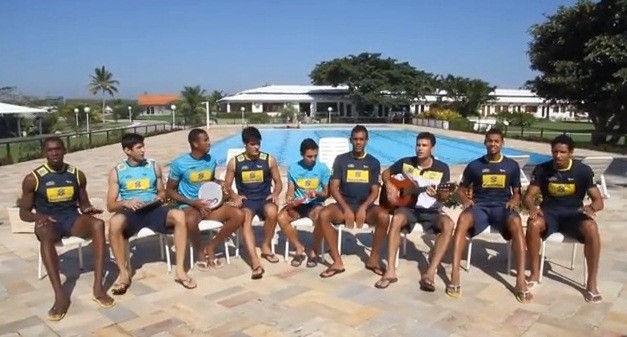 Funny way to prepare for the World Championship

Brazilians are famous by their sense of rhythm and they showed it on this interesting video.

They filmed themselves by the swimming pool singing a parody of the song “Look at the wave” from the band Tchakabum, which tells about the daily activities of the team in preparation for the competition.

Enjoy the video and we remind you that the 2013 FIVB Boys’ Under 19 World Championship will be held in the Mexican cities of Tijuana and Mexicali from June 27 to July 7.Serbia took the top spot at the 2011 Championship – hosted by Argentina –after beating Spain in the final.

To read more about interesting things in the world of volleyball click on Did You Know?