The Italian Matteo Cacchiarelli will stay in Landstede Volleyball. He extended his contract for one more year. Earlier the club also extended contracts with several players and coach Redbad Strikwerda. 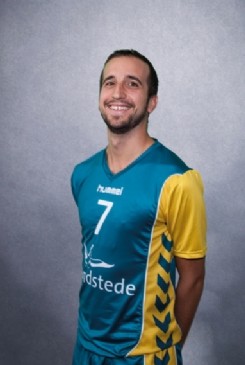 The last season this libero played an important role in the national champion.

“Last year Matteo was a major stable player in the selection of Landstede Volleyball, so we wanted to continue with him. Now, we have  a good receiver line, which is important for the team.” said Edwin van den Broeke, manager of the Landstede.

BRA M: Brazil U19 team prepares for the WC with a funny song (VIDEO)