FIVB Volleyball Women’s Coach of the 20th century Eugenio George passed away on Friday aged 81 after a long illness. 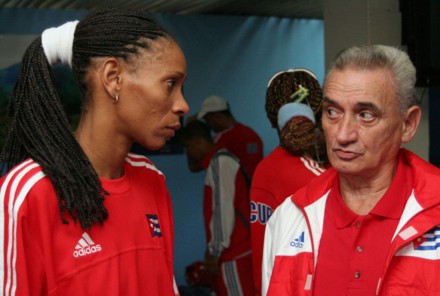 “Eugenio George will go down as one of the greats of not only volleyball coaching but in volleyball overall,” FIVB President Dr. Ary S. Graça F° said.

“He was an inspiration to many of the world’s coaches and in an age when the coaching world was embracing technology, he proved that with hard work and dedication success could still be achieved. The thoughts of the entire volleyball family are with his family and the Cuban federation at this time.”

“One of the best ways to remember George is by one of his quotes from the 2008 Olympic Games in Beijing when he said ‘The key to my life is to educate. Through volleyball I did not only make training or won medals, I worked on social development, education, entertainment’.”

WL: Trilling for Germany after 2-0