Larry Joe Bird (born December 7, 1956) is an American former NBA basketball player, coach, and team president. Drafted into the NBA sixth overall by the Boston Celtics in 1978, Bird started at small forward and power forward for thirteen seasons, spearheading one of the NBA's most formidable frontcourts that included center Robert Parish and forward Kevin McHale. WorldofVolley brings you the latest volleyball news. 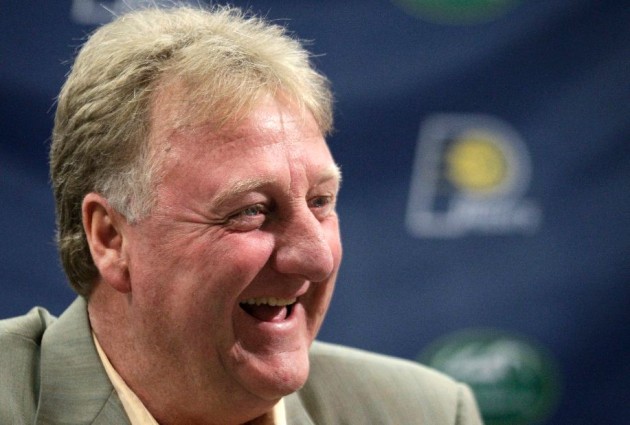 Bird was a 12-time NBA All-Star and was named the league’s Most Valuable Player (MVP) three times. He played his entire professional career for Boston, winning three NBA championships.

Due to chronic back problems, he retired as a player in 1992. He was a member of the Dream Team that won the gold medal at the 1992 Summer Olympics. Bird was voted to the NBA‘s 50th Anniversary All-Time Team in 1996 and inducted into the Naismith Memorial Basketball Hall of Fame in 1998.

The Celtics employed Bird as a special assistant in the team’s front office from 1992 until 1997. In 1997, Bird accepted the position of coach of the Indiana Pacers and said he would be on the job for no more than three years. Despite having no previous coaching experience, Bird led the Pacers to a 58–24 record—the franchise’s best as an NBA team at the time—in the 1997–98 season, and pushed the Bulls to seven games in the Eastern Conference finals. He was named the NBA Coach of the Year for his efforts, becoming the only person in NBA history to have won both the MVP and Coach of the Year awards. He then led the Pacers to two consecutive Central Division titles in 1999 and 2000, and a berth in the NBA finals in 2000.

Bird resigned as Pacers coach shortly after the end of the 2000 season, following through on his initial promise to coach for only three years. In 2003, he returned as the Pacers’ President of Basketball Operations, overseeing team personnel and coaching moves, as well as the team’s draft selections. Bird promoted David Morway to general manager in 2008, but Bird still had the final say in basketball matters. After the 2011–2012 NBA season, Bird was named NBA Executive of the Year.

On June 27, 2012, a day before the 2012 NBA Draft, Bird and the Pacers announced that they would be parting ways later that summer. Bird said health issues were among the reasons for his leaving. Donnie Walsh has been named to replace him.

Check out our Did you know section, every Friday a new story! Tomorrow read about Savani & Wifey Reveal Baby’s Gender.

Pete Sampras one of the greatest tennis...