Rumor has it that the Cuban outside hitter will make his professional debut in the Brazilian League aka Superliga this coming 2012/2012 season. He has received an offer to play for the current Superliga Champion, Sada Cruzeiro. 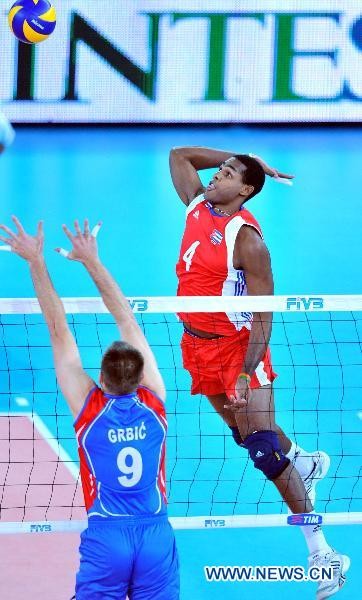 WoW! The government finally allows him to leave Cuba after he reportedly got caught with his plan to escape the country?

Leal received a few offers from Europe but none pleased the Cuban authorities so they’re only letting play in Brazil. The great thing is that Joandry Leal can finally spread his wings again, wear his volleyball shoes and play the sport he loves after 2 years of inactivity.

As mush as we wanted him to play on the Cuban team, it appears that our dream is far from coming true.

We could still picture in our heads his spectacular performances at the 2010 World League and 2010 World Championship.