Chenois Geneve of the Mexicans Gustavo Meyer and Carlos Guerra won the fourth game of the final series against Lugano of the Cubans Salas Moreno and Dominico, the Brazilians Kleist Mendonca and Caio de Pra and 3 Italians Mozzana, Rolfi and Poncia. 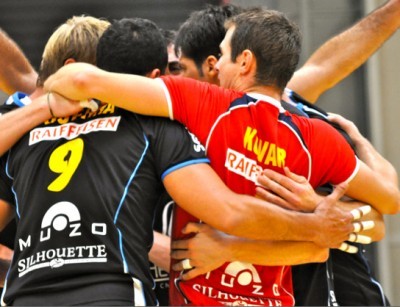 Chenois Geneve leads in the series with 3-1, but that is not sufficient for winning the championship, because the third game is under judgement. The matter of the dispute concerns the number of foreign players on the court. According to the agreement between the teams, at least one Swiss player should be always on the court. However, by mistake Chenois played in the second set without following the mentioned rule. The fifth game next Saturday, will be decisive for determing the winner of the championship.