Victory, joy and celebration. This is the reality of the last days in Rzeszow. However, the president of Resovia have to face personal problems, because he lost the biggest star of the team. 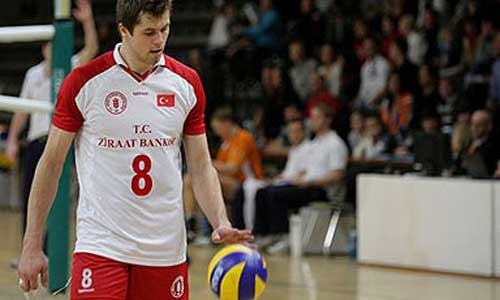 Resovia Rzeszow had just won the Polish championship and already has lost its key player Georgy Grozer, who was the major author of this success. So far, any substitute has not been found yet by Resovia, but there are few famous candidates for the replacement.

According to Przeglad Sportowy, the successor of German probably will be Gundars Celitans or competitor of Grozera from national team – Jochen Schoops.

26-year-old Celitans measure 200 centimeters and he spent last season in Turkey. The Latvian was playing very well in Halkbank Ankara, being the most dangerous player for his opponents.

Previously, he was performing in Lokomotiv Belgorod and AS Cannes. His big advantage is, as in the case of Georg Grozer, physical strength.

Schops was once the biggest star of the German team. In 2007 he led VfB Friedrichshafen to the sensational triumph in the Champions League, he was chosen the MVP of the tournament.

Then, he signed a lucrative contract with Iskra Odincowo, but two vice-championship in Russia and the third place in the Champions League in 2009 was not what he expected.

Now, his contract finished and he will change environment. He may go to Resovia, however, Schops is more expensive than Celitnas and the German is only the second option for Resovia.

Moreover, Krzysztof Ignaczak have signed a new contract with Resovia. He will stay in Rzeszow for next 2 years.