One of the best players of Korean championship in the season 2011/12, and a member of SB Community - Olesia Rykhliuk, stays one more year in Korean team IBK Altos. 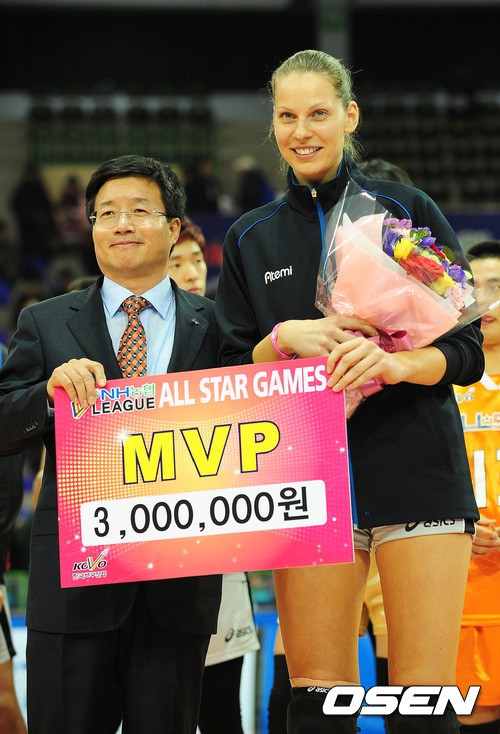 This very talented opposite player started her career in Ukrainian team Jinestra Odessa, then she played for Sirio Perugia from Italy, and Turkish team Besiktas from Istanbul.

This was her first season in South Korea and at the end of championship she was the second best scorer of whole league with 909 points scored.

At the All star match of Korean championship 2011/12 Olesia was awarded as MVP.

RUS W: Osmokrovic on the way to...