Hanno Pevkur, a new candidate for the CEV President, has given an exclusive interview for WorldofVolley. 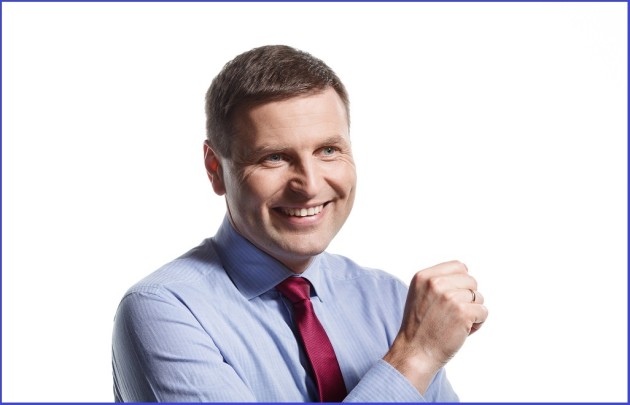 A few days ago he officially announced the candidacy for the president of the CEV.

First of all, when did you decide to run for the President of the CEV?

“Well, I was considering that option for some time. Also, many federations approached me, asked me about it. The previous period was not that good for me since I lost my father on Sunday. I was with my family and also were considering that option. Two days later I made that decision to become a candidate for the CEV President.”

You already explained the main motives to run for this position on your YouTube channel but still, can you elaborate your intentions a bit more?

“Times are changing and CEV needs to modernize and adapt to the increased demand for clarity from all sides, as well as take advantage of new opportunities coming our way. Only then will the CEV become an attractive partner for governments, sponsors, fans and the media; only then can we grow the commercial strength and popularity of our sport across Europe” – says Pevkour and adds – “We need to change some things toward the organization. I think it’s time to take the next step since we are losing the pace comparing volleyball with other sports. When I say other sports, I don’t mean football, but basketball and handball. We need to bring a new side of leadership and to move volleyball to another level. Bringing new technologies, being more open and transparent, building new plans for promotion – these are some of the things we need to make. We need to put a lot of effort to achieve these things.”

What were the reactions from your native federation and do you think that you can expect their full support in this?

“The feedback was very positive, not only from my native federation but from all over Europe. Many coaches and players supported me and wished good luck. Also, I received many supportive messages from volleyball experts. I hope I’ll get the chance to lead the CEV.”

What’s your opinion on the way Estonian national teams play major competitions and, generally, are you satisfied with the way volleyball is developing in your country?

“When I compare the Estonian volleyball with a period of 10 years ago, we made many steps forward. The last season didn’t go well for our men’s national team. We had some small injuries and it’s a huge blow for us since we don’t have that many quality players. Over the past few years, we won the European League, World League group 3, these were good years for our men’s national team. When we talk about the women’s senior national team, they played for the first time in history at the EuroVolley last year. I am happy with the progress. Also, we are also one of the organizers of the men’s European Championship and it’s a logical step in order to push volleyball in Estonia in a good direction. I can say I am happy with the results in the previous 10 years. However, there is still room for improvement.”

And finally, how do you assess your chances of becoming the new CEV President?

“At the moment, we have two candidates, the deadline for the nominations evening for the CEV President is coming soon. So, me and Aleksandar Boricic, the chances are 50-50. However, it’s everything in the hands of national federations, they are deciding on this matter. I will present my plans, my approach for volleyball, new ideas and it will be all up to the national federations,” explains Hanno Pevkur, for the WorldofVolley website.

ITALIAN CUP M: Civitanova and Perugia in the final