EXCLUSIVE INTERVIEW FOR WOV: Ivan Zaytsev – “Sport is in my DNA”

Ivan Zaytsev is for sure one of the most wanted volleyball player in the world. He is recognizable by his strong attack from “zone 2” but also by his haircut although he does not want it. His father Vyacheslav is an Olympic gold medalist, mother former swimmer, no wonder that the sport is in his DNA. 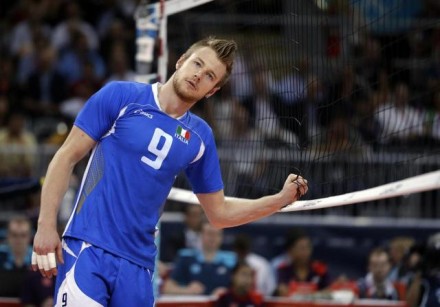 Zaytsev family is from Russia but Ivan is born in Spoleto where his father was playing at the time. He started his career as setter but he has later moved to the opposite role. He is playing for Lube Banca Marche MACERATA and national team of Italy.

You come from the sports family, was that the main reason you choose sport as your profession?

“Actually I never thought I could do anything else and luckily enough playing volleyball has become a profession, as you said I was born in a family where sport was inevitable in my DNA”.

Was volleyball your first choice, and do you like other sports (which one especially)?

“As a kid I was fascinated by ice hockey it’s very big in Russia, I wanted to be the goalkeeper, then my father introduced me into volley-ball and it was love at first sight. I follow most sports, basketball and tennis are my favorite… give me anything but soccer!

Your father left a serious mark in volleyball, could you say he is your best coach?

“He obviously helped me at the very first beginning this until I decided to follow my own path.”

What has he said to you when you chose to play for Italian National Team?

“At first he was not in total agreement but now he understands and supports my decision.”

You played in Italy for the whole life. Do you see yourself playing somewhere else in future?

“Having said that Italy is my home, and in Macerata I feel great, volleyball is my work so I’m open to any possibility for the next future.” 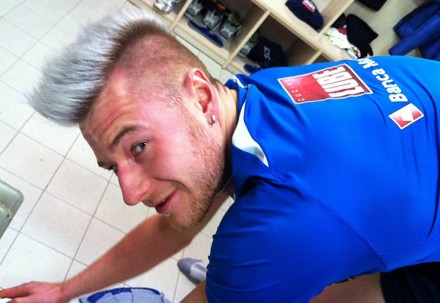 You are recognizable by your haircut; do you plan to change it?

“I didn’t plan to become so famous because of my haircut, it’s not marketing or ego, I have this relationship with my hair since I was a kid, so until I have them you can never know what’s on my mind next!”

Do you read WorldofVolley and what do you think about our website?

“It’s cool! Coming from someone who’s not into internet much, take it as a sincere compliment!”

When setter has perfect day… (VIDEO)