EXCLUSIVE: Ivan Miljković – “Firstly, I will talk with Fener”

"I will keep playing volleyball until I can compete with the best!" Enough said. Those were the words of Ivan Miljković, one of the best players in history if this sport, which mean only one thing - he will remain on the court for at least another year. 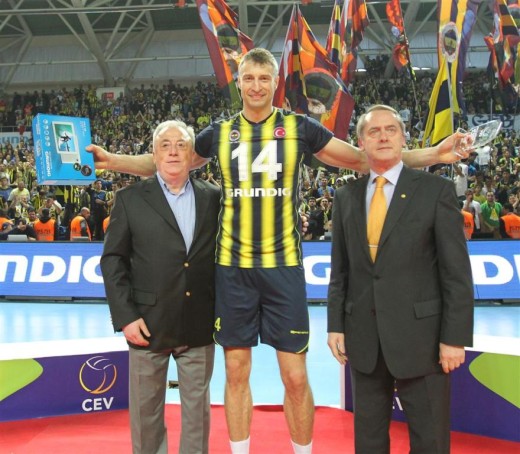 But in which club? Find out in our exclusive interview with none other than – Ivan Miljković.

“After four years my contract with Fenerbahce has ended. What will happen in the future? I still don’t know. Firstly, I will talk with Fenerbahce, my last team, and than with others. I have always done like that. However, the fact that no one from Fenerbahce has contacted me yet might mean that club has some different plans for the future. Anyway, I will respect any decision and continue to play just for one single thing – to win” Serbian started.

The next question was a logical one – Who are “the others”?

“It would not be fair to discuss about other options at this moment. But, I have never been unprepared and that is not about to change. I have more years now, so perhaps that is the reason I am not in situation to look for new team in May (laughs). But, there will certainly be some solution. The most important thing is that me and my family are happy.”

Fenerbahce has lost all domestic finals, but won the Challenge Cup. Can you summmerize this season?

“We managed to take the top spot in league part of the Turkish Championship and therefore qualified for the Champions League. Also, we managed to win the first ever European trophy for Fenerbahce in front of 5.000 fans in Istanbul. As far as domestic competitions are concerned, we left a good impresion. We gave the best from us in every game, but on the other side of the net was a team with players such are Kaziyski, Juantorena, Djurić… It is needless to talk about the financial difference between Fenerbahce and HalkBank…”

What was that thing that your team lacked in the finals against HalkBank?

“In the first game we showed that we can do a lot. Every set was close which suggests that there is only a slight difference between two teams. However, we could not keep that rhythm and we paid the price. We did not lack motivation or fighting spirit, but sometimes those things are not enough for the victory.”

Can you say that you are satisfied with this season?

“Well, after nine months I can say that team has found some inner piece, unlike some previous years. Some players gained more experience along the way… I can say that it was a successful season.”

For the end, how much more do you plan to remain in volleyball?

“Until that moment when volleyball starts to be a problem, instead of pleasure. Until that part of career when I won’t be able anymore to compete with the best. When that moment comes, then it is time for every player to say Arrivederci, Good Bye, Zbogom, Gurusurus, Antio, Adios…”

Miljkovic is still one of the best opposites in Turkey. I wish that Galatasaray offers him a contract. He is a good professional and young players could learn a lot from him.

He can come to Japan!

What is Fener waiting? or they want him or they don’t. They have to make some decision very fast, because he will not wait for them. Player like him can find club very easily