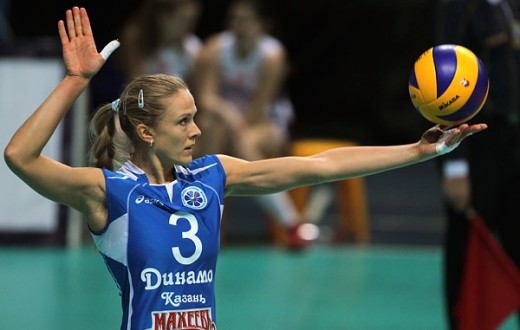 – It is known that on the return from Ekaterinburg you got a couple of weekends off. Is it enough time to catch your breath? How is it now, you can estimate the physical and psychological condition.

– Indeed, I was able to rest, do some personal business. It piled up a lot. Met with my friends. In general, the mood is good now. I feel good now

– Tell us about your impressions of the Yeltsin Cup. The Russian team won the tournament, but probably the most important thing is the game and not the result?

– I think we do not have enough teamwork on the field. We need to play a few more matches in order to correct this. We are in great physical shape, because a lot of time is spent in the gym. Everything is going according to plan. By the beginning of the Olympic tournament we will be fully prepared.

– You played a lot of games is that good or bad?

– It’s hard to say. Still, May was serious. Particularly difficult was in Turkey. The one tournament I missed due to injury, but was talking with Katya Gamova, who confirmed that it was extremely difficult, both physically and psychologically. In Japan it was easier.

– Today you will fly away to Italy, where you play in a tournament where the host team will participate, and the teams of Turkey and the Dominican Republic.

– Again, for us now the most important thing is to collect the required number of games. Contestants are very decent – Italy, Turkey. Against the Turkish girls we lost twice in the last year. This is an opportunity to take revenge. About the Dominican Republic is difficult to say something.

– What is the impression left from your opponents on the Yeltsin Cup?

– To speak about their form it is premature. Each team is preparing according to plan.

– Were you surprised when you learned that on the Olympic tournament in London Cuba’s male and female tams won’t play?

– About the women’s team was not surprised. There is a generational change. As men, we watched the World League matches in which the Cubans were impressed by the physique, and shown the game. The Cubans had to get to the Olympics.

– Who can be considered the main favorite of Olympic men’s tournament?

– I can not say that I am closely watching the men’s competition. It is clear that Russian national team is aiming at the first place. The main contenders will be the same: the U.S., Brazil, Poland, Serbia…

– On the Yeltsin Cup you played with teams of Brazil and Italy. What do you think about the current state of these teams?

– Brazil obviously had a non basic structure. From well-known there were only a couple of people. However, they still show their level. Italians I liked. But I think that many have not yet shown. At the next tournament, Italy will certainly look better. Still, the coaches will not to disclose all the cards.

– What is the schedule for the Russian national team until the Olympics?

– Fly to Italy, returning on July 16. Then, one day off, and then gather in Novogorsk on the 24tth to fly away to London.

– Not so long ago you took part in shooting for the magazine “Maxim”. Tell us about it.

– It was exciting for me. Still, it’s a men’s magazine. My future husband had questions about this photo session. Finally, we discussed everything with it. In the course of photo-session was very interesting. I had a chance to work with very funny people, with whom it was interesting to talk to. Again, this was an interesting experience.

ITA M: Ter Horst: “Keen to have a good season for our fans”