RUS M: Alekno – the most difficult is to determine the twelve

"Honestly, probably the most difficult to prepare is the moment to the definition of 12 people. It was hard to talk to those players who have not been selected. Each of them is painfully endured", said Alekno in the begining of our interview. 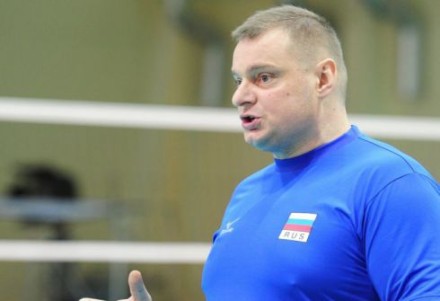 Was it your personal decision?

“Of course, there is a coaching advice. But the last word is mine.“

Which result at the Olympics will  be satisfactory to you?

“You have to understand what to say and do – two different things. We were the second, took third place, but never won. I often ask this question. Of course, we do not want to take 10th place. Ahead of ourselves do not need to move forward. First, you need to leave the group, and then think about the field-off. I would say more, can now speak in detail about the games against Germany and Brazil. Next are not running.“

The team played two friendly matches, with Iran, ahead of the same fights with Australia. Share your impressions of these meetings.

“Because we do not hit the “final six” World League, these games we needed. In the course of the World League was clear that we have, there are some technical and tactical complexity. We had to draw the attention. Here are some things corrected with Iran. Plus, we had several players who have experienced severe operation: Alexander Volkov, Taras Htey. There were problems with the knee of Alexander Butko. These volleyball players are not in the best form. They need to catch the rhythm of the game. In general, managed to do something. These games are very helpful. We now have three more games with Australia. We move in this direction. There will be more tactics.“

– Clarify the situation with Butko.

“In Kaliningrad stage of the World League, he played one match, and went out for breakfast the next morning and said that he could not bend his knee. Conducted a medical examination, which revealed that he had damage to the meniscus. He missed the Serbian stage, but today it is in working condition, in a playful way. But the risk is. He would go to the Olympics.”

EXCLUSIVE: N’Gapeth could play in France!

EXCLUSIVE: Tsvetan Sokolov – “I am still...