ITA M: Mauro Berruto – “I like working with national team” 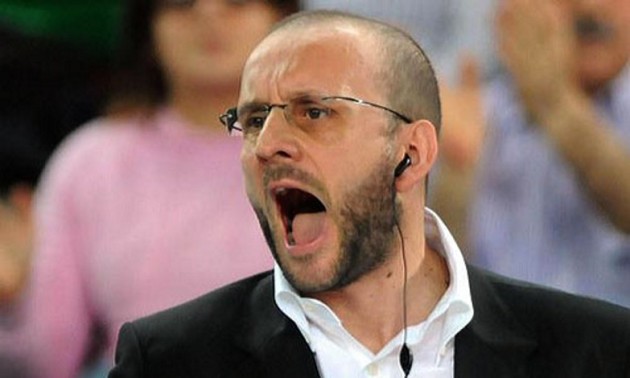 Mauro Berruto has started work with Italian national team in 2011. After few months he scored the second place at the European Championships and this year he gained bronze medals at the Olympic Games.

“The third place at the Olympics was a big success. Everyone wanted to score this medal and it was our goal since I’ve started work with the team in may 2011“, said Berruto.

If we talk about Italian national team, there’s a case of Osmany Juantorena and his convocation. “It’s too early to talk about this, but time for this conversation will come. Anyway, the country is a collection of individual values, it’s not bureaucracy, or passports. The place of birth or what you have written to passport don’t have any meaning for being Italian“, that’s how coach Berruto commented the whole situation. He added also that the position on which plays Ivan Zaytsev doesn’t influence on other convocations. “Ivan is a great player, he’s very flexible and I’m glad that he’s doing well as a diagonal.” Coach Berruto doesn’t exclude that in next season we will see Samuele Papi as a libero. “He’s an experienced payer and he has to decide by himself if he would like to play on this position.”

Before Mauro Berruto started to train Italian national team, he worked in few clubs, eg. in Piacenza, Padova, Panathinaikos, Montichiari and in Macerata. “When you work in club you have eight months to implement your ideas and make effects, but if you’re a coach of a national team you’ve got time only to achieve some success“, he compared. “I like working with national team, because here I’m independent, I choose players by myself, I only have to bring out their potential“, addend Mauro Berruto. He also said, that those few years which he spent in Finlad were an incredible experience. “I had found there a team at low level and I had to put much work to gain fourth palce at the European Chapionships and make Finns able to defeat world best teams such as Brasil, Russia, USA or Poland.“

Mauro Berruto also said that despite crisis the Italian league is still one of the most attractive and strongest leagues in the world. “The level is a little bit lower, but I think it may be a chance for young players. Few days ago I’ve announced a list of 28 players who were born between 1988 and 1994 and who have chance to represent country at the Olympics in 2016. They are talented and the only thing they need is to work with them“, finished coach Berruto.

Check out the news from our After sports career section, every Thursday a new story! This Thursday read about Michel Platini – A Real-Life Footballing Legend

EXCLUSIVE FOR WoV: Toksoy-Guidetti – “I hope...