Ivan Borovnjak, the Serbian outside hitter, is currently working hard to prepare as better as much for the new season. 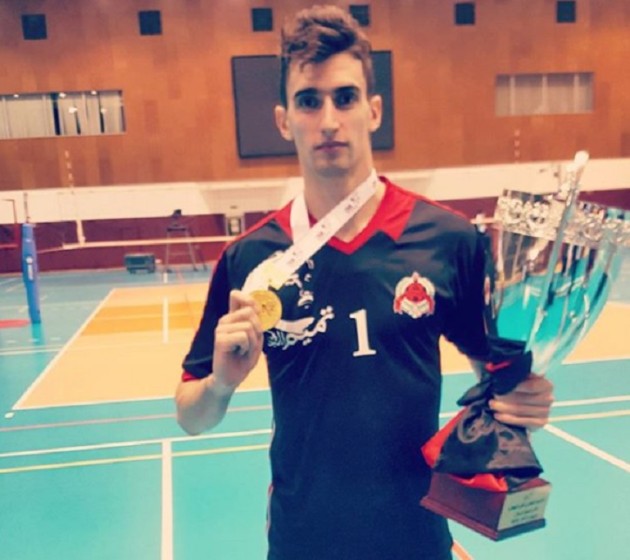 Even though he has not signed a contract yet, he is more than ready for the new challenges.

Ivan, are you preparing for a new season?

“I just got finished the practice. I am currently in Serbia, Zlatibor, working hard with my coaches, preparing for the new season,” – says Ivan Borovnjak at the beginning of the interview for WoV.

Since you’ve played in many teams abroad over the past six years, playing in one of the best leagues such as Italy, Turkey and Poland – which league you would rate as the most difficult one?

“Talking about Italy, I signed a contract with Milano that year, however, I got injured and it didn’t go well for me. I recovered and went to Turkey. I can say that season 2014/2015 was the best in my career. Plusliga was very strong that season. It was the season after Poland took the World Championship gold, there were many good domestic and foreign players. Belchatow and Resovia ended up playing at the Champions League Final Four and my team Cuprum Lubin beat them during the season in Plusliga. We needed just a little bit of luck to get into the race for the championship title.”

How would you rate your previous season?

“The previous season was great! I had an offer to play in Turkey again, however, they were not a team ready to fight for the trophy and that wasn’t interesting to me at all. I wanted to fight for trophies. At the end of October, I went to Qatar. I signed a contract with Al Rayan, that is a big club. Since I was the only foreign player, they were expecting a lot from me. I went there physically ready and I was lucky to have Milos Stevanovic there, who is the best setter in Qatar definitely. He helped me a lot, especially to get used to the system. After seven days of being there, we won the Super Cup. When I was on the court, we didn’t lose any game in Qatar. We won three trophies, even though in the final battle for the championship trophy we had a crazy situation. We had four injured players and we had to play with the 4-2 system, with two setters and we managed to win the game and to win the trophy. In the final of Qatar’s Cup, we won the trophy and I was named MVP. For the Emir Cup, they signed a big star Earvin N’gapeth, who showed really a big level of professionalism…”

Are you still hoping to get an invitation for the international duty and do you need to improve something to deserve the call again?

“Over the past few seasons, I was choosing teams counting the financial side, which, I must admit, was my mistake. I think there were moments in the previous seasons that I could get the spot at the national team preps, especially after that season in Poland. I was not lucky and some things were missing. Maybe I needed a better team that competes in a strong league with high-quality players, to improve overall performance. I am not losing hope, I am practicing every day…”

What are your expectations for the World Championship? How far can Serbia go?

“I have many friends in the Serbian national team. They didn’t have an easy summer since they were exhausted after the long season at the club’s level. I hope they took the opportunity to rest during this mini vacation after the World League. They have the chance to get into the race for medals. There are many players that know how to do it, many of them won important trophies, playing in top teams. I hope they will be the best at the most important moments. I wish them to win a medal.”

Are you close to finding a team for the next season?

“I had several good offers from Poland and Turkey, but those teams are not teams that are fighting for the trophy. I am a much better player when I compete for some trophy. I need those kinds of games. We are negotiating, and I think my manager Miomir Krasic will finish it for me soon. “