INTERVIEW: Erica Handley for WoV – ““We were all thrilled to be able to bring the Cup back to Olomouc”

The Olomouc fans are very thankful for Erica Handley's performance in the final of the Czech National Cup which pushed her team to a big comeback and win! 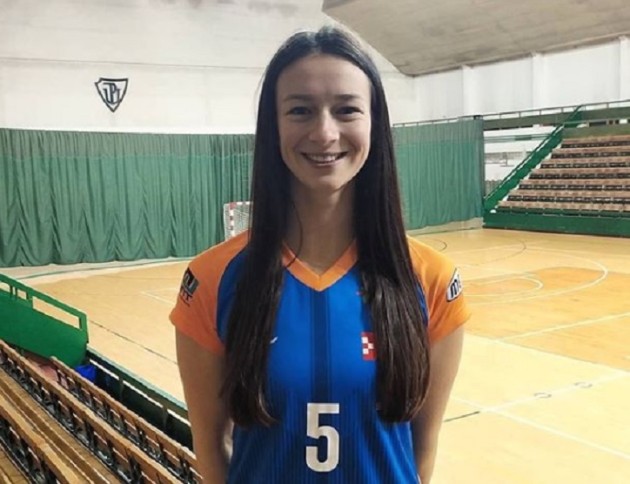 We have contacted Erica to find out how did she manage to bring the new energy at the result 2-0 for the rival.

Olomouc have managed to win the National Cup. What are your impressions after winning the trophy?

“We were all thrilled to be able to bring the Cup back to Olomouc for the second year in a row. We knew it was a goal of ours from the beginning of the season, but the road to a championship of any sort is never easy. So, it felt great when it was all over and we were able to say we achieved one of the goals we set out to achieve this season.”

At the result 2-0 for the opponent, you entered the court and you were a game-changer. What were you thinking about when you were entering the court at that moment?

“Coming into the match I knew that the moral of the team was pretty low and that there were some nerves. The end of the second set was just about getting our rhythm back and to start playing our game again. Having sat the first set and most of the second I was able to watch the other team’s blockers and see what they were doing. When I went in I knew I just wanted to give my hitters the best chance at success, so I was very focused on keeping the other team’s middles on their toes. Even if it meant taking a few risks. Once we got our confidence back, there really was no stopping us. Our team is full of 13 talented players so it is great when you can trust that if one player is struggling on a certain day that someone is ready to come in and make a positive difference.”

The race in the Czech League is still on – what are the chances of Olomouc for winning the championship title?

“As I mentioned before, we have a team full of girls ready to play and have played a wide range of line-ups throughout the season. I think this has given us an edge over some other teams because it makes it difficult to scout a team that you never know who will play, and we are generally well-rested and ready to buckle down for playoffs after this last round of league matches.”

How would you describe your season is the Czech Republic so far?

“This season in Czech has been great so far. They welcomed me with open arms a couple of months into the season and we have been working on finding our groove ever since. We are getting better every day, and I can’t wait for the playoffs to start!”

Have you got used to life there?

“The city of Olomouc and the people in The Czech Republic, in general, have been very nice! It is great to be so centrally located to such amazing big cities and to be just a couple hour train ride from multiple capitals of different countries to enjoy on our off days. It really is a special place,” says Erica Handley.

ITA M: De Cecco has contract with Lube in his hands, Bruno going in opposite direction?

JPN W: Nishida shines for Stings, who will play vs. Panthers for title