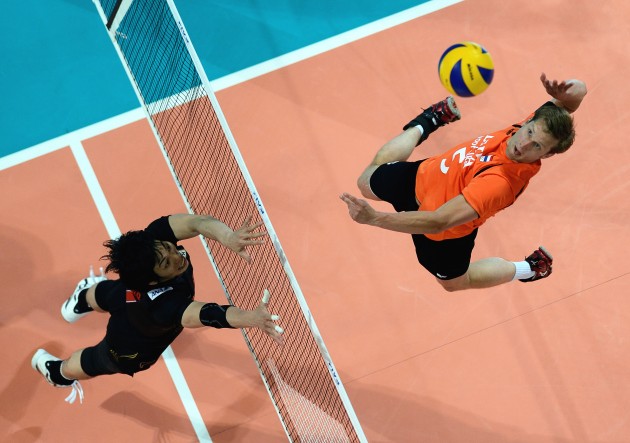 The Dutch national team had beat Japanese for the fifth time in WL. The Netherlands has against Japan the most wins without losing than against any other nation.

The Dutch teams did not succeed in finding their rhythm in the opening set. Japan had built out it’s lead to four points (6-10), and after that it was 14-20. Home team couldn’t recover.

The home team had a better start in the second act, resulting in a lead (14-9) with many unforced errors by the Japanese. Japan managed to decrease the gap to two points (22-20), but it was all they had strength for.

In the third set, the Netherlands managed to create gaps several times. Guests almost managed to even the score twice, but the Dutch players had a great serve tonight.

The home team had a comfortable lead on a second technical time-out (16-9) which was enough to win the match.

The teams will meet again tomorrow at 1:30PM local in Omnisport Apeldoorn.

WL M: “Match of the Week” features Poland and Brazil

Italy bounce back with team effort against...