Before the start of the FIVB Volleyball World League Finals 2013, volleyball legend Andrea Zorzi runs through the contenders for the premier annual volleyball trophy for men. 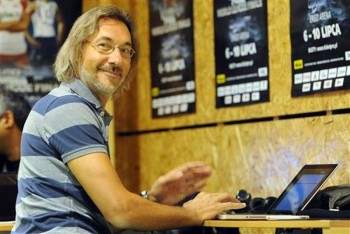 “The opening match between Brazil and Russia is set to be brilliant. This is not the first time the two countries have met and no doubt Brazil will be working hard to ensure that they do not have a repeat of the 2012 Olympic Games final in London. But this time Brazil won’t lose. If anything, their loss to Russia in London last year seems to have spurred them on and they are now on a mission for gold at the World League and in Rio in 2016. For this week, the odds are stacked in Brazil’s favour. Russia’s Muserskiy may have turned around the Olympic final for his country but he doesn’t have the same influence this time around especially as there have been many changes to the Russian team.” said Zorzi.

PHOTOS OF THE DAY: Serious face vs....