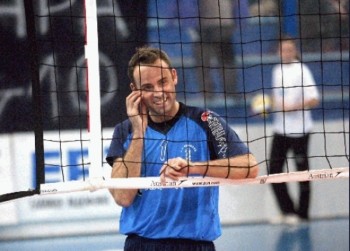 1. Ball started playing volleyball when he was five years old.

2. At age 16, he was asked to play for USA national team and he became the youngest player ever who played for national team of USA.

3. As a player of Indiana University, he scored 167 aces.

4. The happiest year of his career was 2008. He has won Russian Championship, Champions League with Zenit Kazan, World League and Olympics with USA national team.

7. Six time in his career he was named as the best setter.

8. After the 2010/11 season, he revealed that he will retire from volleyball. However, he changed his mind and he signed for Ural. His statement was spectacular: “There is only 22 matches, and money is too good to refuse. “

9. He played more than 400 games for the national team of USA. He was team captain for ten years.

10. At the Olympics 2008. he decided not to shave his beard, because he is extremely superstitious. So, he has received the gold medal with the longest beard in his life.

COVID-19 didn’t kill volleyball: This is how...